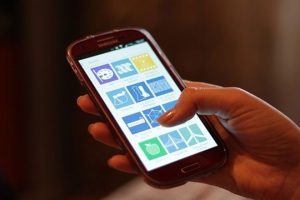 In this busy running world, it is quite difficult to patch up ourselves to get ready and move towards our travel plan; it is either planned one or sudden plan. Many channels are there to help you find the train’s running status, such as Indian Railway authorized websites and many other sub-domains on Google pages.

Apps to use to check running status

For your query of how to find train running status on mobile, there are several apps, which you can download from your play store and install in your smartphone or Android device to make use of the app for any information such as train’s live running status, PNR status, coach position, arrival & departure time, et al. Among the many other applications, ‘Train Man’ is the leading app that fetch you the exact train’s running status wherein you can schedule your timing accordingly. The app has GPS feature and other special features as it integrates the updates from Indian Railway train system every now and then, as on real-time basis.

The app ‘Train Man’ is designed on a user interface graphic method; hence, it is quite easy to use even for the common person. The only information that you need to feed in is train number, the name of the train, journey date on the search box and you will get the train running status in your mobile screen immediately.

Make sure to update apps in time

It is advisable to update the app whenever your device asks, as it is designed accordingly. One of the apps that lead in the position next to Trainman is Railradar App, adding to that few social media helps the passengers by updating them with the information such as train’s arrival & departure, live running status, time to reach the destination et al.