The train starts from the originating station at one scheduled time, which also would be declared in the chart even. However, it is the basic information for every passenger to know about the train’s running status, which means the exact location of the train between the source & destination; exact timing of the arrival at the passenger’s boarding point or departure of the train at the destination place et al.

How to check train running status

In India, there are about 20 million people (approximately) travels every day by train, which include both urban and suburban trains. There are several ways to know about the train running status, they are online website channels, mobile SMS, in person at the inquiry counter, can make phone calls to the Indian railway toll-free phone number 139 in order to know about the train’s live running status.

Apart from the above-said channels, there are apps (applications), which you can download from the play store and install in your either smartphone or Android to make use of the app to find your train’s live status. One of the apps that lead in the position is Railradar App, adding to that few social media helps the passengers by updating them with the information such as train’s arrival & departure, live running status, time to reach the destination et al. 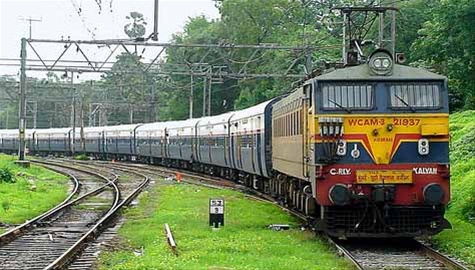 www.irctc.co.in is the authorized Indian Railway website, another examper is www.pnrstatustrains.com that help mostly to others in maximum search criteria.

One another app launched by Railyatri.in shows the train as like moving in the political map. It indicates the train timing and details of the train’s running status. On the survey, it is identified that this app ranks higher for accurate information.