Home  »  Indian railway • IRCTC   »   What is the Western Railway Timetable? 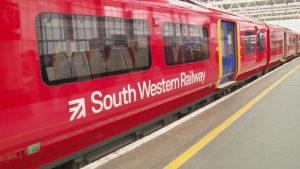 This Western Railway system is classified into 6 operating divisions. They are:

Surat is one another busiest railway stations in WR, which comes under non-junction category wherein more than 160 trains are passing every day. Here are the stations in Mumbai Western Railway:

The trains originating from Virar, Borivali, Andheri, Bandra, Vile Parle, Santa Cruz, Dadar, Mumbai Central, and Church Gate are the major areas of Western Suburbs of Mumbai as per the Western Railway Timetable.

Appending below is the Western Railway timetable as per chart is given by the Indian Railways:

For other exact train timetable, please login into www.irctc.co.in .